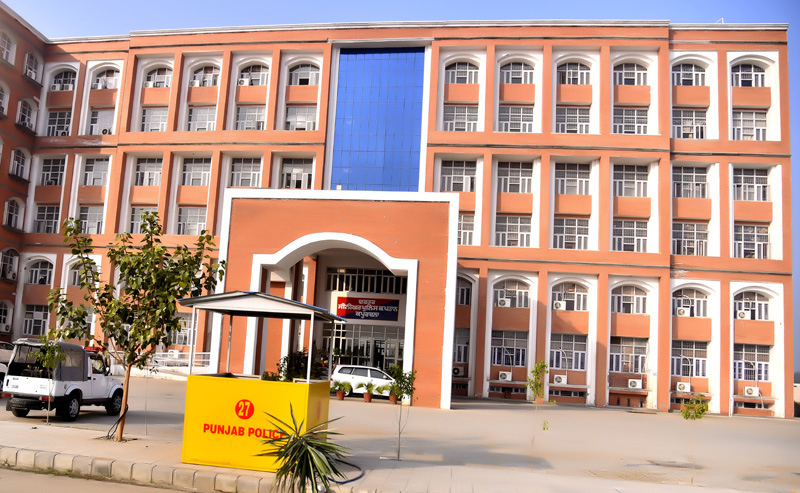 District Police Office is located in the heart of the city Kapurthala. The office of the District Magistrate, court of District and Session Judge including subordinate courts are also located in the same building. Generally it is called 'Court Complex' of Kapurthala.
The following Police officers hold their sittings in the DPO:
1. Senior Superintendent of Police, Kapurthala.
2. Superintendent of Police, Head-Quarter.
3. Deputy Superintendent of Police, Head-Quarter.
The following officers hold their sittings in their offices in the old Baggi Khana (stables) buildings situated at the opposite side of court complex:
1. Superintendent of Police (Detective)
2. Deputy Superintendent of Police (Detective)
3. District Legal Advisor, Kapurthala.
The following branches operate in the District Police Office, Kapurthala:-
1. English branch: This is an administrative section of the District Police Office under the supervision of Head Clerk. He deals with all matters relating to the establishment i.e. recruitment, promotion and postings, buildings and equipments etc. It is a nodal office of the district police administration.
2. Account branch: Account branch deals with the salary of the force, allowance, advances and miscellaneous funds and expenditures etc. Head of the branch is called Accountant.
3. O.A.S.I branch: This branch deals with the record of the posting and training of district force and maintains the miscellaneous service records.
4. P.C. branch: This branch deals with the complaints of the public. Record of the complaints including findings is maintained by this branch. The incharge of the branch is Assistant sub-Inspector of Police.
5. Security Branch: The incharge of this branch is the Inspector of Police. This branch deals with :
� Visits of VIPs and VVIP.
� Functions of religious ceremonies and village Fairs.
� Demonstrations by Political Parties and employees organizations.
� Arrangements on Sports meet.
� Verifications of Passports and MRG (Matters Referred to Government).
6. R. W .Branch: The incharge of this branch is Assistant Sub Inspector . This branch deals with the preparation of crime statistics and returns.
7. Cyber Crime/Computer Branch: This Branch deals with the cyber crime related matters and updating official website of Kapurthala Police. This Branch also deals computer related tasks as entrusted by the senior officers.